Pitchero has a long and proud history of supporting Non-League football clubs and in this guide, we’ll explain the background of this area of the men’s game and how we help through our club websites and mobile apps. 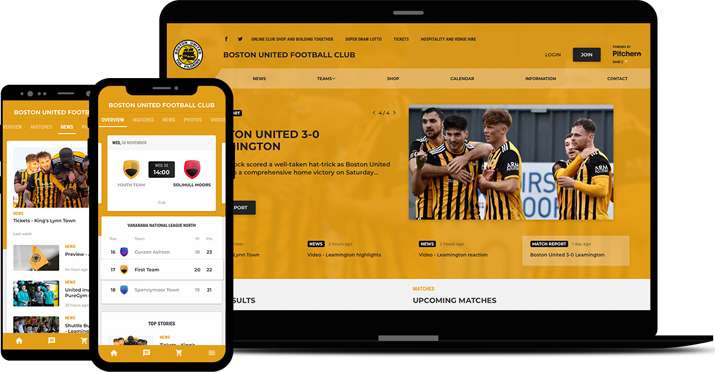 What is Non-League Football?

'Non-League football' refers to football leagues which are normally outside the top professional men’s leagues in a country.

It tends to mean leagues that aren’t fully professional, so either semi-professional or amateur. But, the standard of football is still very high.

In England, it begins with The National League Pyramid, Steps 1-4 and includes the following leagues:

Where did the name 'Non-League' come from?

The description dates back to pre-1992 when The Football League was known as ‘the league’ so all other clubs below were termed ‘non-League’ - and the term stuck.

It is an incredibly popular and well-supported part of football - non-league matters!

The name is potentially confusing because actually non-League football clubs usually play in a league. There are also non-League leagues!

In terms of competitions, clubs can qualify for the FA Cup, if they take part in either the FA Vase and FA Shield.

Despite being amateurs or semi-professionals, a number of non-league footballers have gone on to play in the Premier League from Jamie Vardy to Jimmy Bullard.

What level is Non-League football?

The English football league system is essentially a giant pyramid with linked men’s leagues from the very top to the very bottom. You might see a league referred to by its Level - i.e) The Premier League is Level 1.

(For women’s league football in England, a similar but smaller pyramid is in play with the Women’s Super League at the very top.)

Non-League football is specifically also part of its own system - which is organised in Steps.

Again, the next six teams contest play-offs in National League North & National League South. The winner of each play-off is also promoted which makes four teams who go up.

Relegation is also the bottom four teams for each League and those teams drop down to the Northern Premier League, Southern League or Isthmian League, depending on geography.

This is the seventh level overall of all men’s football leagues in England and each has 22 teams.

Champions get promoted as does the play-off winner from the next four teams. The four sides at the foot of the table are relegated to Step 4. 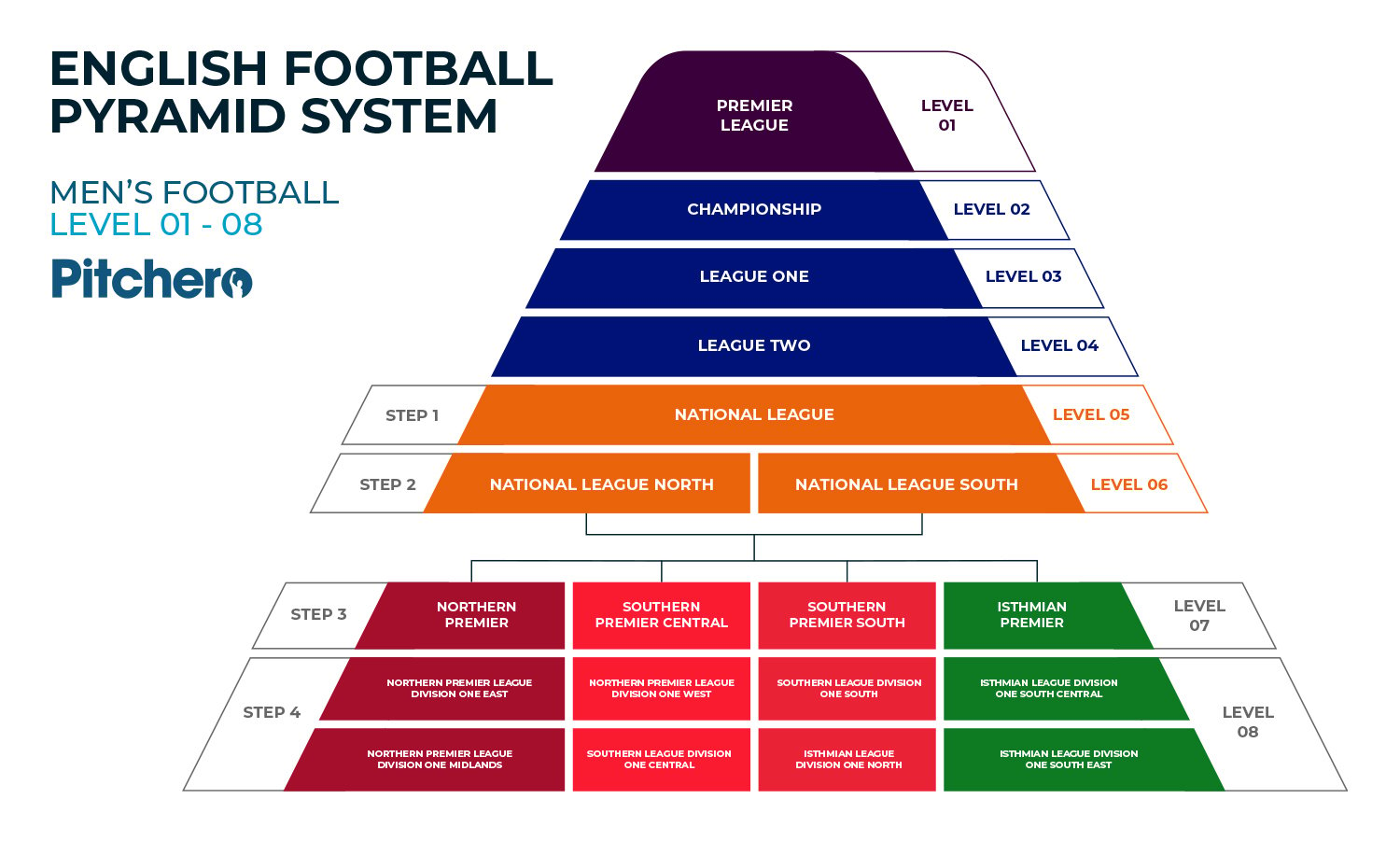 What is the lowest league in football?

The formal structure of non-League football goes to Step 6 (which has 17 divisions in it, although local and national structures frequently change). Beyond that, there are regional feeder leagues and then a huge amount of other local football leagues and divisions.

The vast network of leagues is because of the popularity of football in England and the sheer numbers involved.

How many teams are in the Non-League pyramid?

There are estimated to be 7,000 men’s football teams in England and over 5,000 clubs are in football leagues.

From Level 5 to Level 8, there are approximately 320 non-league football teams - with the number of teams in divisions lower down likely to fluctuate based on regional changes across years.

Non-League football clubs and leagues have been an important part of who Pitchero supports over the years.

We have worked with non-league football teams since Pitchero started in 2007.

Over 50% of clubs playing in non-league football use a Pitchero club website.

It means we power their football league websites, as well as those of many clubs (see our football rankings). Clubs like Boston United FC are using all of the tools to manage membership, sell online and offer an impressive presence for supporters.

Why should a Non-League club join Pitchero?

In this section, we’ll explore what features Pitchero has that will help non-League football clubs to increase membership and revenue while cutting admin for volunteers.

With Pitchero, there are many benefits as part of our packages (see full features and prices with this football guide).

Here, we’ll focus on some key wins that clubs, volunteers, parents, players and coaches can all enjoy.

Pitchero excels at helping football clubs manage their teams. From encouraging players to join with custom forms on your website to a smart membership database.

Whether it’s seniors or juniors, we have you covered. Everyone has their own profile so clubs can understand their members better.

Request availability, publish team selections, message players or parents and all of those interactions are stored under a person’s online profile.

Forget spreadsheets, multiple programmes, systems and passwords to get a clear picture at all times.

Non-League football fixtures and league tables are a vital part of any website. They are hugely popular and need to be displayed accurately. It can be a mountain of a job for a volunteer - but not with Pitchero!

We have a comprehensive fixtures database of football leagues (and can add yours if somehow it’s not included yet).

Your football club website then connects to a competition to import fixtures automatically, save time and keep consistency.

Equally, results and league tables are updated so those helping to run non-league football clubs can have confidence that they’re right. 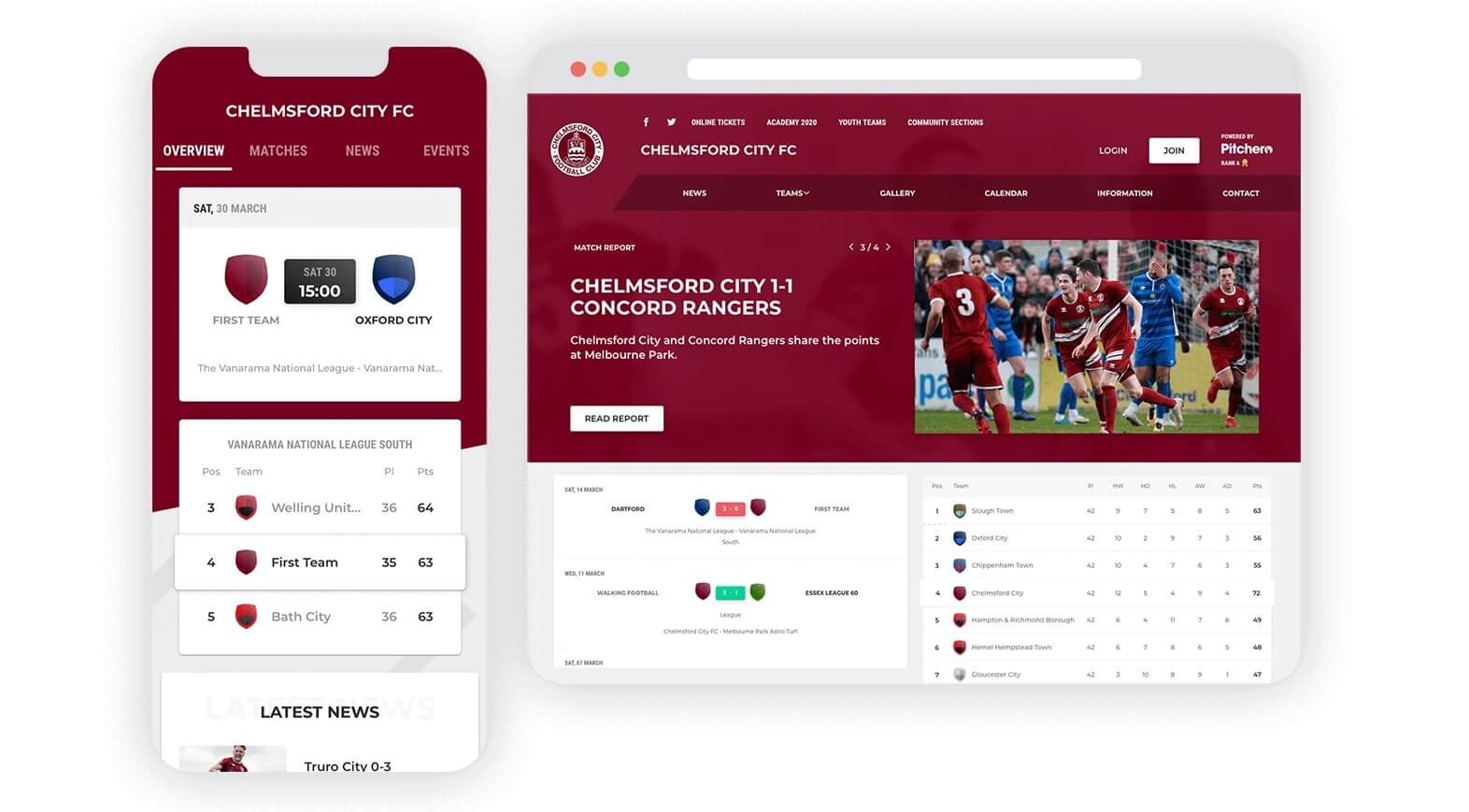 A Pitchero football club website won’t break; it’s a platform designed to make the technical side as easy as possible.

We understand grassroots sport; it’s our sole focus and so our platform is reliable, trusted and built with you in mind.

There is a single control panel where everything lives to manage your football club. 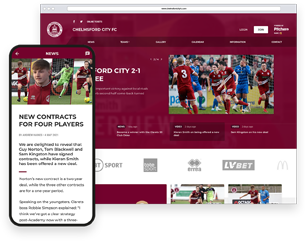 Levels of access can be granted to club officials and team coaches so they can log in and manage team information, fixtures or results.

This spreads the workload and also means the right people can do their jobs quickly with a few clicks. Perfect when you change staff or volunteers and need to bring them up-to-speed with systems.

Whether it’s a Club Treasurer searching for financial figures or a Press Officer writing a match report, the information you require is well organised and clear to understand.

For peace of mind, we offer live chat and an Account Manager with our Elite & Ultimate packages, as well as support tickets and a helpcentre with step-by-step walkthroughs and common questions answered.

We know volunteers involved with non-league football clubs are busy and will want to crack through club admin or website-related jobs with ease.

Elite or Ultimate packages with Pitchero:

Everything you need for a multi-team sports club

Your non-league football club deserves to have an online shop that generates important income all year round. 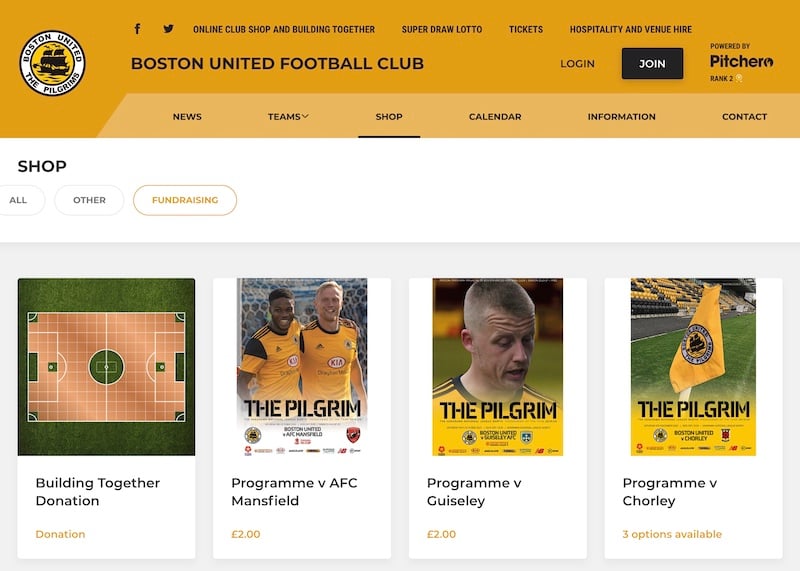 It’s easy to set up and create products, see who’s bought what and get a live financial snapshot.

Fans will enjoy a slick shopping experience via the Club app or club website on desktop.

It adds to the professionalism your non-league club portrays.

With Pitchero, your shop is also very versatile - set up product variants for different age groups or types of members.

Enable everyone or only certain shoppers to buy set products to avoid admin headaches.

When it comes to how supporters or members pay, your club can have products that are bought in instalments to spread the cost over time and also recurring products to encourage renewals.

What can your club use it for?

There are lots of options for creating your non-league football website out there - but few who really understand the grassroots game.

Pitchero has been building award-winning technology to help sports clubs for more than a decade.

10,000+ clubs choose Pitchero for their website, mobile apps and members

Every club on the Pitchero platform also gets its own free iOS and Android mobile apps. 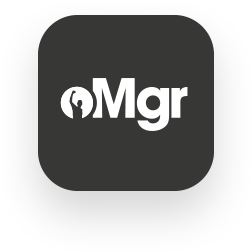 “I would recommend Pitchero to anyone. I also use the Manager App for prompts and find the game and squad management very good.”

“In this time, it has made our processes and accounting far more accurate and transparent to manage.”

“Pitchero Payments has increased our revenue because we can track it easily. We’re all volunteers and our coaches just want to set up our sessions and get on with it.”

“We were getting forms that you couldn’t read, cheques, cash...I remember having thousands of pounds in my house. With Pitchero, you know you’re getting what you asked.”

Everything you need for your football club website from £30/month